Recycling Money (& cutting the bottom feeders out of the loop)

Posted on December 8, 2011 by dreamstepping 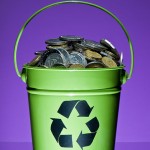 Something occurred to me today as I was posting my zillionth ‘consciousnes- raising’ diatribe about the genesis of our economic woes.

I was in huge resistance.

Now, it wasn’t the first time I noticed this. I’m very aware that resistance is futile, not just because of the Star Treck  Borg Episode, mostly because of Jung who was probably the first to enunciate the now popular meme: “What you resist, persists”. The more you push against something the deeper entrenched it tends to become. Don’t believe me? Try telling your two year old not to do something, worse, try telling your teenager.

And then I started engaging in the inevitable argument with myself (I never said I was GOOD at not resisting) It goes like this.

Self 1 “But if I don’t speak up nothing will change.”

Self 2 “But you ARE speaking up and nothing is changing.”

Self 1 “Good point, but what am I supposed to do… nothing? If you’re not part of the solution…”

Self 1 “What? Where did that come from? Prove it.”

Self 2 “I have no idea, I read it somewhere. Do you really want me to prove it or shall we just follow it?”

Self 1&2 “We need a fund that operates the way we think the economy should. A big social experiment in zero growth economics an UN-BANK a wealth re-distribution system that operates INSIDE this disgustingly corrupt current system. An infiltration. A Trojan horse.  People donate to the fund, it pays off debts. People promise to pay it back but at no further cost to them. Then we just do it over and over and over again. Recyling money. And cutting the bottom feeders out of the loop.”

Self 1&2 “Wow. Ridiculously Utopian. But, so was microfinance. Crazy enough to work? We might be on to something here… if it was completely transparent….”

Generally when myself agrees with myself something happens. Even if it’s just the birth of the incredible-clingon-idea, of another dream that won’t go away.  So I’ve been thinking about it for hours now. Maybe it’s a dream. But –hey, I’m the Dreamstepper right?

This entry was posted in Active Dreams, Voice. Bookmark the permalink.